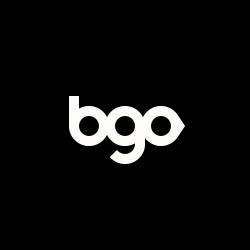 BGO (so named as it was once a BinGO-only site) is a very nice looking site that’s endorsed by a celebrity face – the actor Verne Troyer whose most famous role was as ‘Mini-Me’ in the Austin Powers series of films. Troyer plays the roll of ‘the boss’ at the site, and players are encouraged to join up in order to ‘beat the boss’. The site goes for the ‘flat’ design, a website trend ever since Windows and Apple went with a flat design for their operating systems. Joining BGO is very simple – just a username, email address and password is required.

What Are Other Casino Players Reporting?

Despite the presence of celebrity endorsement, the site does not have a good reputation at all among regular casino players, with most independent reviews awarding the site an average score of around 4 out of 10. The chief complaint is the customer support and the withdrawal process. Lots of players (especially those outside the UK) report having problems with the withdrawal process, particularly when a sizeable amount of cash has been won. The verification process involves sending ID documents such as scans of passports and bank statements.

As usual, as well as the scathing reviews, there are a handful of independent player testimonials that indicate nothing but a positive experience at the site.

The Withdrawal Process – How Easy is it To Claim Your Winnings?

The site only accepts deposits from Maestro, Mastercard, Visa, PayPal and Ukash. Withdrawals can be made by the same methods, and bank wire transfer.

As reported above, there are quite a few complaints that claiming winnings from this site – in particular sizeable winnings – is not a simple process. The site insists that a customer must be able to verify his identity before winnings are transferred to the player’s account. Most of the complaints about this casino stem from the length of time this verification process takes, and the frustration felt when players go days on end without hearing anything.

It must be said that of all the complaints that have been lodged and are available to view on the internet, the vast majority of them have been resolved to the player’s eventual satisfaction.

What Are The Current Wagering Requirements?

The site has a number of enticing promotions, all of which of course are the subject of standard wagering conditions. The wagering requirements are quite low at the site, only a x5 play-through before the bonus becomes real cash and can be cashed out, but the contributions different games make to that requirement are not so impressive. Only bingo counts 100 percent, and even slots and scratch cards only contribute 25 percent. The other games are even lower: Video Poker  counts 5 percent, while Table Poker, Blackjack and Baccarat all count 2.5 percent. Roulette, Craps, Keno and Progressive games contribute nothing, and all other games contribute 2.5 percent.

The Licensing Jurisdiction and is it Considered Safe?

The casino is licensed by the Alderney Gambling Control Commission and as such, can be considered white-listed.

Software Used and The Number of Games Available

BGO uses software from multiple software houses: Microgaming, NetEnt, IGT, Blue Gem Gaming and their own company BGO Entertainment. All are known names in the world of online gambling, so a fair performance is guaranteed for anyone playing at the site. As the group uses multiple software houses, the total number of games offered by the site runs into a couple of hundred. All the popular slots are here, like Jack & the Beanstalk, Starburst and Gonzo’s Quest, as well as many variations of all the most popular casino games, including live versions of Baccarat, Blackjack and Roulette.