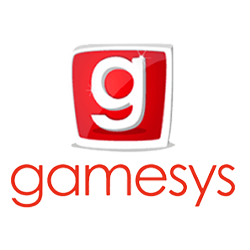 A Detailed Guide to Gamesys Software

Younger than they seem, Gamesys was founded in 2001 and by 2002 they had launched the famous Jackpoyjoy brand in the UK, most famous for its bingo games. They began life with a small in-house team of dedicated employees but have expanded over this time to now be a leading force in the industry.

A proud UK-based business, they moved their head office to the heart of London in Piccadilly in 2003 and by 2005 that first brand Jackpotjoy had 100,000 members. They made their way into other gaming markets outside the UK by 2007, launching a specific Spanish based site and then in 2008, an international bingo site as launched. 2009 saw an eGR Innovation Award come their way and they also took the first step into the social gaming market. They were the first company to launch real money games on the social network Facebook in 2012 and their impact on the casino industry really kicked off in 2013, with a range of casino sites including Virgin Casino and Virgin Games powered by their product.

Gamesys have a playful attitude to their work but this doesn’t mean they’re not serious about creating a successful product. Entertainment is in their blood and they create a work environment which ensures their employees love working for them and in turn they deliver a product which their operator clients and, most importantly, the online casino and gaming players who eventually enjoy their products.

Gamesys remain at the peak of their industry and in 2015 they achieved the huge feat of becoming the first company launch online bingo in the United States, through a deal with the American company Intertain. They also hired a new CEO to replace Noel Hayden who had been at the group since day one and this appointment may lead to them moving forward in a slightly new direction or moving into new industry areas.

The company were also awarded the Bingo Marketing Campaign accolade at the 2015 eGR Operator Marketing and Innovation Awards for their work with their bingo brand Jackpotjoy and they are a company who, as anyone who has seen their television adverts will attest, look to entertain and create a buzz around their products.