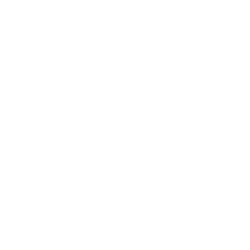 Neteller is an eWallet service that’s owned and operated by the Isle of Man company Optimal Payments PLC. Neteller is the most popular method of transferring money to and from online gambling companies, and is the second-most popular eWallet transaction service in the world behind PayPal. As a payment system, Neteller is accepted across the world in almost two hundred countries, and it allows people to withdraw from and to fund their own bank accounts via Neteller’s online payment system.

Neteller was created in 1999 in Canada, but changed location to the Isle of Man in 2004, falling under the jurisdiction of the UK’s Financial Services Authority (FSA), who list it as an “Authorised Electronic Money Institution.” Under FSA rules, Neteller is required to maintain sufficient funds in trust accounts away from any operational costs, as a safeguard for its clients. If everyone withdrew all moneys from their Neteller accounts at the same time, Neteller must ensure that it has sufficient funds to meet all withdrawals.

Neteller was created in principle as a secure means of transferring money to and from gambling websites without the need to hand over bank account details, or credit card information. By the summer of 2000, Neteller processed payments for eight out of every ten online casinos, and 95 percent of the company’s revenue came from processing transactions to and from customers and gambling websites.

The company suffered a huge blow in 2007 when the US crackdown on online gambling began to gather pace. Neteller suspended all accounts of US-based customers, and eventually closed them all, returning funds to each individual account holder. The company’s revenues fell from around $240 million in 2006, to $44 million just four years later. The company also later banned people from Canada, Hong Kong, Israel and Macau from opening accounts with them.

Signing up for a Neteller account is free, and is done via the company’s website. Neteller transactions can be transacted in all major currencies, and accounts can be funded via a bank account or debit/credit cards, or other methods such as UKash and iDEAL. As well as using their accounts online to pay for goods and services, customers can withdraw cash via ATMs using the Net+ Mastercard, which can be also used as a normal debit card at real-world retailers.

There are numerous ways of funding a Neteller account, and most of them come with a fee, although some, like Euteller, iDEAL and POLi are free. The cost of funding a Neteller account from a Mastercard account can be anything between 1.9 and 4.95 percent, depending on the location of the account and any other aspects of the transaction that need to be considered. International Bank Transfers and Local Bank Deposits are free as well.

Neteller has two levels of account. The normal account is subject to typical fees, whereas the “Neteller VIP” account is offered to people who use their Neteller account to fund large amounts of money. Such customers enjoy lower fees and additional features than those with basic accounts.