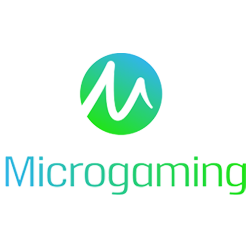 Microgaming, or Microgaming Software Systems Ltd to give the company its full name, are a software development company who are based on the Isle of Man, within the United Kingdom. Microgaming claim to be the company who released the first internet-based casino, which they did in 1994. Now over twenty years old, Microgaming have remained perched on the loftiest branches of the online gaming tree throughout their history. It's unlikely that anyone who has ever played at any online casino anywhere has never used software that's been created by Microgaming.

Over the history of Microgaming, the company have created over 700 unique casino games, in addition to well over 1,000 variations. It began life as an online casino, but quickly discovered it could make more money by creating and selling software to other online casinos, and eventually they closed down their own online casino division to focus purely on software development.

In 1998 Microgaming released "Cash Splash", an online slots game with a brand new online concept - the linked, progressive jackpot. Progressive jackpots had been around for a while with linked, real-world gaming machines, but Cash Splash was the first game to take this concept online. Microgaming became THE name in online slots games, constantly releasing impressive game after impressive game, month after month.

In 2002, the company set a new record for the largest payout from an online game, a ground-breaking total of €1.5 million. In 2008 they created the first online slots game with over 100 paylines.

In 2003, Microgaming launched the Microgaming Poker network, which was eventually renamed the MPN. While Microgaming have never reached the dizzying heights with poker as they have with their other online gaming concerns, and despite the fact that the MPN still pales in comparison to major networks such as Playtech's iPoker network, there are still a decent number of established poker rooms on the MPN, such as Cool Hand Poker, Betsson Poker and the 32Red poker room.

In 2014 Microgaming cause something of another industry stir when it released the beautifully-realised Jurassic Park slots game, which instantly took the visual and interactive elements of modern online slots to a whole new level.

Microgaming remain very much at the forefront of the online gaming industry, providing software for casino games, mobile games, poker, bingo, land-based games, sportsbooks, live dealer gaming and network gaming. Business agility remains very much at the forefront of Microgaming's ethos, and the company makes sure they continue to release new games on a regular basis. As well as PC-based games, they also have released 110 dedicated games for mobile, 33 games for Android and 45 games that use HTML5.

When it comes to online gaming, Microgaming have always been true innovators, and that is something that very much seems set to continue.