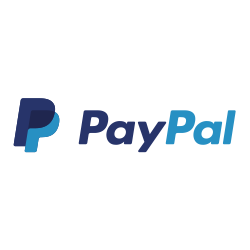 PayPal is the world's leading international e-commerce company, allowing money transfers and payments to be made over the internet. It is a US-based company and as such, is subject to the USA's economic sanction list and other regulations as stipulated by the US legal system. As a financial institution, PayPal is classed as an acquirer as it performs payments for online vendors such as auction sites, retailer and gambling sites, for which it charges users a fee, depending on the nature of the transaction.

The predecessor to PayPal was called Confinity and was launched in California in late 1998 by Max Levchin, Luke Nosek, Peter Thiel and Ken Howery. Cofinity launched PayPal as an online money-transfer system, and were swiftly snapped up by the internet financial services company X.com, although the then president and CEO of X.com, Bill Harris, was not in favour of the purchase and resigned as a result. In less than a year X.com terminated all other internet banking functions it provided to concentrate solely on PayPal, and indeed renamed itself as PayPal. The company rapidly expanded due to the rise in popularity of eBay, for which it was the preferred means of transaction provision.

In 2002 PayPal became a public limited company and it was acquired by eBay later that year for $1.5 billion. At the time, over a million eBay auctions used PayPal, and 70 percent of all eBay transactions were performed using PayPal. By 2008, PayPal was processing $60 billion worth of financial transactions annually, rising to $71 million a year later.

In 2003 PayPal ceased trading as an intermediary between online gambling sites and their customers following criticism, however, in 2010, PayPal began to accept transactions to and from gambling websites again, but only in countries where online gambling has been legalised and only at sites that had acquired the proper licencing.

In 2011 PayPal announced plans to allow people to use their PayPal accounts offline at real-world retailers via a phone-based app. The app allows people "check in" to the retailer or service provider they wish to pay, and then pay directly into the merchant's account.

Over time, PayPal has withstood competition from rival companies who have attempted to set up their own e-commerce transaction systems, such as Yahoo!'s PayDirect and Google Checkout, both of which were eventually closed down. PayPal's only real current competition from comparable services is from Skrill (formerly Moneybookers) and Wirecard.

As of 2014, PayPal was the 41st most popular site available on the internet, and the company has annual revenues around $5.5 billion. It operates in over 200 countries using 26 different currencies and has nearly 150 million registered users.

In 2013 PayPal launched PayPal Galactic, which aims to be the first system that allows transactions to be conducted external to the Earth's atmosphere, in preparation for the predicted rise in space tourism that should follow Virgin Galactic's initial ride into space, scheduled for 2015.