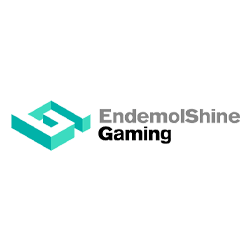 A company which probably needs no introduction, Endemol is one of the world’s largest entertainment companies, with television being their forte and Endemol Games is a further entertainment arm of this company, offering both online and land-based casino, slots and bingo gaming. The games subsidiary of the company has been operating for over five years and develops many video slots and online games which take advantage of the household names of many TV shows, personalities and more.

Endemol was originally founded in 1994 and has since grown to comprise a global network of operations which is enjoyed across over 30 countries and works alongside over 300 digital platforms, broadcasters and licensees around the world. The business has grown to incorporate every element of broadcasting but beyond this, unique niche arms such as Endemol Games have developed to maximise their success in particular fields, such as, in this instance, online gaming.
Endemol Games produce and license some of the most successful TV branded games which are used online, mobile, land based casinos and lotteries too. They have utilises some of the most recognisable television programmes as their brand for games and this has seen the creation of household names becoming online slots and video games, including Golden Balls, Deal or No Deal, Big Brother and The Million Pound Drop. They have also taken a lead role in developing games for other, third party brands including Catchphrase, Countdown and Bullseye games.
Although they take a huge amount of inspiration from the television programmes their parent company create, Endemol Games also develop original games and many of their products and games have been distributed around the world. Their range of games goes beyond video slots as they have also created branded scratch games, mini games and bingo.

Endemol Games has made significant waves in the online gaming industry, with the injection of their huge range of branded games but beyond this, they look to grow and expand what they offer, including mobile games development and evolution. Since 2013 they have had a role in the world of app publishing as they launched new gaming apps including one based on Deal or No Deal and another based on the TV show Pointless.
The company is very proactive in growing the business for the benefit of its casino partners, with 2015 deals including a development and distribution deal with Blueprint Gaming, who offer both gaming machines and innovative digital content. The Blueprint Gaming deal has been struck by the Endemol Shrine UK partnership which is an exciting joint venture in 2015 which brings the company together with Shine and CORE Media groups in global content creation and distribution. The new deal will see the development of new online and mobile slots games based on the company’s brands and third-party licences, including the development of an Austin Powers range of games.
A company with a big name and a big reputation, they work hard to ensure the quality of their games is high and that new offerings are always on the horizon.