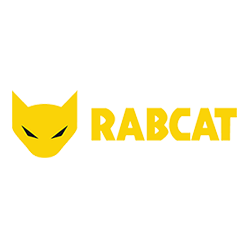 A Detailed Guide to Rabcat Software

An Austrian brand who have grown from strength to strength since their launch, Rabcat is a leading provider of high quality casino gaming applications for clients across the globe. Like their competitors they specialise in a wide range of different types of game and includes the development of their own unique 3D games based on their personal trademarks. They are part of the much larger win2day group which is a multichannel gaming platform which is run by both Casinos Austria AG and Austrian Lotteries.

Rabcat is headquartered in Vienna and they were first established in 2001 and have formed several partnerships with other leading partners in the industry, creating strong B2B relationships which allow them to utilise a wide range of different open B2B distribution platforms.

Whilst they have been around since 2001, it is in the last 4 to 5 years that they have furthered their profile and made a serious step forward in challenging for a key role in the industry. In 2011 they organised their deal with GTS, to distribute their games via their innovative EdGE open platform and in 2012 they linked up with Odobo on the same type of deal, allowing them to supply their games via their HTML game development platform and marketplace and it was in 2012 too that they secured one of their biggest deals a game distribution deal with QuickFire, which is powered by the market leading Microgaming Company. The deals have allowed Rabcat to move forward as a company and it means that they are able to enjoy the benefits of their partner companies global reach, in addition to their own.

The icing on the cake for Rabcat came in 2014 when they secured a formal game supply deal with Microgaming which means Microgaming are now the exclusive distributor of several of Rabcat’s games. Many of the premium games by this slots provider can now only be enjoyed by Microgaming’s partners, adding an exclusive quality to there already innovative and original design.

Since 2015 Rabcat have made significant moves forward in their industry, most importantly receiving their UK gambling licence. This is a significant step in the development of any gambling software company as the UK market is one of the biggest and one of the most well-known with many of the leading companies in the industry founded here.

2015 was also a good year in terms of accolades for the company, whilst they didn’t pick up any awards at the 2015 eGR B2B ceremony, they were highly commended in the slot provider category and this puts them in a good place for challenging for the award in 2016.