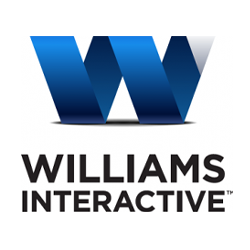 WMS Industries has been around since the 1940s as their founder, Harry Williams, is famous as the inventor of the Tilt mechanism for classic Pinball machines and this developed into their development of slot machines for land-based casinos and then, Williams Interactive. In 2012, WMS took over the Jadestone Group AB and Phantom EFX both of which were then part of the Williams Interactive brand.

By mid-2012 Williams Interactive were moving forward with their social gaming strategy, launching their Facebook social casino game and later in the same year both Unibet and Betsson agreed deals with the software provider to offer their slots.

Much like its parent company WMS Industries, Williams Interactive exists within the Scientific Games brand although many of their unique products are still recognisable. Williams Interactive are still credited as the creator and developer of many games under the SG label and they are consistently continuing to launch more exciting video slots, developing their already large gaming profile. They are marketed as the online gaming arm of Scientific Games and therefore have a key role as the business goes forward

In recent news Williams Interactive has confirmed that their focus is the creation, development and distribution of their large casino gaming product range. This meant that they closed a number of sites which they had been running entirely and are now focusing solely on games. With a wide range of recognisable games to their name, including the Monopoly range of slots games.

Since the beginning of 2015 there have been several new casinos picking up games from this software providers so even if you haven’t heard of them or don’t recognise their games, chances are you soon will and 2015 was also the first year that Williams Studio content went live in New Jersey.