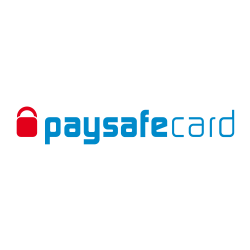 Ukash is an electronic money system in which people can exchange cash in the real-world environment for an electronic code that they can then use to make online purchases. Each code is unique and can be used for eWallets, loading online payment cards or transferring money online. Codes can be obtained from retail locations that have enrolled in the scheme, and other sources such as ATMs and kiosks.

Ukash was created in 2005 in the United Kingdom, by the company Smart Voucher Limited, who were then based in Macclesfield. It was created as a way for people to pay for goods and services online without them having to open a dedicated eWallet account with such eWallet providers as PayPal and Neteller.

Originally only a UK concern, Ukash eventually spread to all four corners of the globe as an accepted payment method, with only US-based casinos really refusing to have anything to do with it. It grew to be so successful it enabled Smart Voucher Limited to spread its wings from Macclesfield and open up plush new offices in London, near the banks of the River Thames.

In 2008 UKash partnered with the Blue Label Telecoms Group in order to reach into the South African market. Ukash also signed an agreement with Microsoft to provide secure pre-paid transactions and electronic tokens.

UKash remains a UK company and as such, is regulated by the Financial Services Authority. Ukash is now available in over 50 countries worldwide.

You can find your nearest Ukash retailer by visiting the Ukash site at www.ukash.com and entering your postcode into the Ukash location finder. Typically, any retailer that displays a Payzone, PayPoint or Epay sign will be able to supply a Ukash code. Each Ukash code is a unique, 19-digit number. Ukash customers are allowed to hold a maximum of £1,000 worth of UKash codes at any one time, and they cannot obtain more then five UKash codes of £200 in any one day.

Because the Ukash transaction simply involves the purchasing of a code for money, and there is very little in the way of a paper trail, the Ukash system has been criticised for being open to scammers, who extort Ukash codes from their victims. Some scams include offering items that do not exist for purchase over the internet – once the code has been entered the Ukash is simply collected and the ordered ‘item’ is never sent. In addition, malware is used to infect PCs, with demands for cash being made to unlock the PC, payments being required to be made via Ukash.

The Ukash site offers support for its customers on how to prevent falling victim to UKash scams, including advice on how to protect UKash codes by giving them the same level of protection as one would do with real money.

As well as the UKash system, UKash now offers a prepaid Mastercard Travel Card for use when travelling abroad. This card can be loaded with money via a UKash retailer, and then used to pay for goods and services wherever Mastercard is accepted.