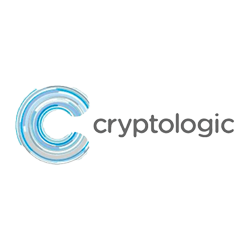 Cryptologic is an Irish-based software application developer, who have headquarters in Dublin. They are also one of the oldest providers of software to the online gaming industry, having first been established in 1995. Cryptologic was purchased by the Amaya Gaming Group in 2012, who subsequently sold off the B2C division of the company, WagerLogic, to a third party, Goldstar Acquisitionco Inc. This sale included all of Cryptologic’s online gambling sites, including InterPoker, InterCasino and InterBingo.

Cryptologic were a true “Start Up” in the sense of the word, as they were created by brothers Andrew and Mark Rivkin in 1995 in the basement of their parents’ house in Toronto, Canada. Between them, the brothers had developed a secure online financial transaction system, and they set up Cryptologic as a way of finding a real-world application for it.

Cryptologic signed a deal with InterCasino in 1996 to provide the online casino with a secure way of dealing with payment issues over the internet. The company began to expand its operations buoyed by this initial success, and began to develop casino software. Further deals were soon forthcoming, such as with the leading UK bookmaker William Hill, Littlewoods gaming in 2002 and both Ritz Club and Befair in 2004. The company was mostly noted for its casino and poker products, but were also one of the first to offer online bingo.

In April 2012, Cryptologic was bought by the Amaya Gaming Group, who subsequently become the largest publicly-listed online gaming network when they bought PokerStars and Full Tilt Poker in 2014 for almost $5.9 billion. The price for Crytologic – $35.8 million – seems relatively stingey by comparison.

Sadly, Cryptologic are now longer the dominant market force that they once were. The sale to Amaya saw the closure of the Cryptologic Poker Network, and now Cryptologic has returned to its roots, in providing software for a small number of internet-based casinos. The company still predicts a bright future for itself, despite the diminishing returns it has seen since 2009, when its poker network began to unravel. With so many new leading lights in the world of online gaming, it does seem unlikely that Cryptologic with ever reach those lofty, pre-2009 heights once again.